October 02, 2017
Part Three of a series on Quality Conversations

The leaders of the church realised they needed to do some work on vision. They sensed God was calling their faith community into a new stage of ministry and mission, but they weren’t sure how and where that call needed to be focused. They had set aside an evening to listen to God, and each shared initial thoughts and values. Then the pastor shared from a book she had found helpful. It listed a ten-step process for discernment based on the assumption that God wants his will to  be known by his people. The leaders found the process energising; the evening was fruitful and provided a pattern for ongoing discernment. I was there – and I bought the book the next day.  It has provided me with another rich theme in my series on quality conversations.

In Discerning God’s Will Together: a spiritual practice for the church, (Alban Institute, 2014)  authors Danny Morris and Charles Olsen updated an earlier version that had created intense interest and prompted other authors to address the subject. Morris comes from the United Methodist tradition and brings insights from the Quaker movement; Olsen is a Presbyterian and has a special interest in Catholic Ignatian practices. The book reflects on the meaning of discernment for the faith journeys of individuals and churches, and offers an alternative to the Western management styles often used by Christians to come to a decision. Given that my recent posts have addressed the dynamic of sensitive respectful human conversations in creating mutual understanding and shared goals, I welcomed the chance to dig deeper into this topic. Discernment has been formative in my leadership journey - personal and corporate – and also my work as a clergy supervisor.  Discernment conversations are another dimension of the quality engagements that help us create shared meaning out of our pasts, and imagine new futures. 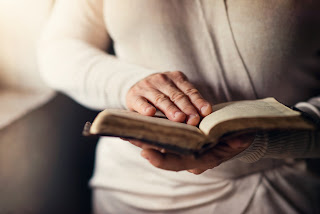 Attempting to find and obey God's will is daunting.  We wonder if what God wants will be hard or impossible. And looking back we often feel we didn’t get it right. But that’s because we see God's will as unchanging and immovable, like a rock set in concrete. Morris and Olsen describe a more organic relationship with God that prompts us to look for God's heart, God's “yearning”. Yearning is a softer word, and may open up wider horizons, but in fact God's will and God's yearning are the same. God’s will is "the best thing that can happen to us", so seeking to discover what God is yearning for may well be the most important question we ever ask.

The authors examine three contexts of discernment – individual, group and assembly/large governing body; this post looks particularly at group discernment situations like that described in my introduction. Within the context of a church’s mission vision - the kingdom of God - discernment seeks God’s yearning in and for a situation, and calls forth radical obedience. However most of us have experienced church meetings where individuals and lobby groups use “power, influence, reason, discourse and carefully plotted strategies” and end up pooling their ignorance, prioritising expediency, and accepting political trade-offs (DGWT p 4f). Our reliance on parliamentary-style debate means people who are verbal and assertive have the advantage, bypassing some who are gifted in prayer, faith and spiritual discernment. What this book describes is more like a dance, where the participants share wisdom, reason, intuition, tradition, and practices in a climate of humility. Five main chapters examine the What? Why? Who? How? and Where? of discernment.

People of faith believe God is alive and active in the world of human experience, and so we look for guidance and listen for a call. We recognise the need to distinguish the various paths we see and the voices we hear. To discern, then, has a range of meanings which inform each other (DGWT p 13):

Down through the centuries believers longing to know God’s heart have found themselves being shaped by Biblical spiritual disciplines. These practices include worshipping, storytelling, confessing, forgiving, blessing, praying, listening, doing acts of mercy, and seeking justice. They bring forth the wisdom of the community in both 'being' and 'doing'. So we don’t need to reinvent the discernment wheel. Saints through the ages have practiced discernment and we can learn from them.

A short historical review notes that monastic practices of community discernment were overshadowed by the Roman church’s reliance on Tradition and Papal pronouncements on faith and life. The Protestant Reformation brought the emphasis back to Scripture, and the printing industry made the Bible available, not only to be read but to be used as “the divine spectacles through which one could discern God's leading” (DGT p 22). However John Calvin’s emphasis on decency and order – essential in the chaotic setting of Geneva -  relied more on Greek and Roman models. His training as a lawyer and his theology of human depravity led to a rational system of government reliant on rules and ordinances, which was to shape not only English Parliamentary culture but also the “town meetings” of America. Focusing democracy on a theology of sin and evil provided checks and balances that were meant to hold back the evil intentions of a few. The price that was paid was that discernment morphed into something verbal and rational, a paradigm exemplified in Roberts’ Rules.

Major Henry Roberts' Rules have been widely used in church and society, but they were originally designed as rules for combat.  The Anabaptist heritage was centred on involving the whole congregation in decision-making, but 300 years later meetings in Roberts’ American Baptist Church often ended in disorder. He drafted a brief statement of procedures based on rules used in Jefferson’s Congress. These were widely adapted in the US for use in religious and civic settings, and are similar to the standing orders of many churches in New Zealand. The Rules are helpful for handling diverse viewpoints and for streamlining decision-making in large groups, but can be intimidating to women, youth, and people in developing societies. The church has often borrowed management methods from business culture, but such frameworks, say Morris and Olsen, cannot in and of themselves provide a structure for spiritual discernment. Instead, we should return  the church’s own rich traditions, such as the Quaker Clearness Committee, to “ generate the kind of faith, life and ministry God longs for” (DGWT p 40).

"Discerning God’s Will Together" suggests a process but it is not 10 easy steps; seekers after God’s will need to know we  are stepping on holy ground, and into mystery. The Holy Spirit must be welcomed, Biblical paradigms understood, and opportunities for worship woven into the agenda.  This very brief listicle lays out the framework that is explained more fully in the rest of the book:

• Framing identifies the focus - the matters to be included are expressed
• Grounding in a guiding principle jump-starts the process
• Shedding lays aside ego, preconceived notions, false assumptions, biases, and predetermined conclusions, so everyone can openly consider the matter.
• Rooting in the tradition connects  religious and Biblical stories and images with the situation at hand
• Listening enables hearing the promptings of the Spirit,  in the voices of the community and the cries of others who may be affected
• Exploring frees up playful imaginations
• Improving works in consultation and prayer to improve each option under consideration
• Weighing sorts and tests the options in response to the Holy Spirit
• Closing brings explorations to a conclusion
• Resting tests the decision by allowing it to sit in our hearts, enabling us to identify  “consolation or desolation”. [The Jesuit notion of Consolation is a sense of peace and movement towards God; Desolation is a sense of distress and movement away from God.]

I whole-heartedly recommend this book, available in print or on Kindle. It is based on the gospel premise that God is active in human experience and guides discernment in ongoing ways, and that in seeking God's will we need to be willing to change our hearts.

To Think About:  Where have you had to exercise discernment recently? Was being in community a helpful dimension?

“Spiritual discernment makes operational our faith that an ever-present guide is present to lead us in the way of truth and love, as individuals and congregations. It opens our sails as a church to the spirit whose winds we believe are always blowing and will always move us closer to Christ, closer to one another and closer to the world that God wills.”
(Alistair McIntyre, After Virtue, cited in DGWT p 13)
conversation discernment Holy Spirit prayer spiritual formation 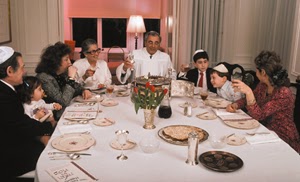 Holy Week is a time of preparation,  of sombre reflection, and of contemplative worship. Many churches, including our own,  sometimes gather on the evening of Maundy Thursday for a Passover meal, where the Jewish symbolism of Seder is combined with Christian Scripture,  to remind us of how the sacrifice of Jesus on the cross has a deep connection with the Passover lambs whose blood on the doorposts protected the Hebrews as they escaped from slavery in Egypt. Many people assume that Jesus’ Last Supper was a Seder, a ritual meal held in celebration of the Jewish holiday of Passover. Three of the gospels tell us Jesus prepared for the Last Supper on the “first day of Unleavened Bread, when they sacrificed the Passover lamb.” (Mark 14: 12). If Jesus and his disciples gathered together to eat soon after the Passover lamb was sacrificed, they must have eaten the Passover meal, celebrated today as Seder. This is the view taken in a detailed examination of the Last Supper  by German schola 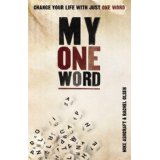 This post is Part Four of a four-part series on my own One Word project.  A useful discipleship resource is available.  Many who have adopted One Word for themselves testify to the difference it makes to share their word with others. Some may decide to only tell spouse or family. Others use this tool in their small group. Many have found that sharing their word with a work colleague leads to a depth conversation about what word they might have chosen. And there are ways to share your word online, through social media or using a One Word website like Get One Word or My One Word .   Share each other’s burdens, and in this way obey the law of Christ. ...if another believer is overcome by some sin, you who are godly should gently and humbly help that person back onto the right path  ( Galatians 6: 2,1 ) Sharing our One Word can be a source of encouragement, or a way to hear about resources. It may be an opportunity for friends to gently remind you of something that is distrac 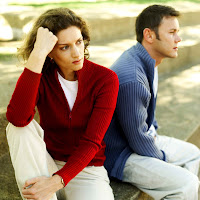 This week's posting is loosely based on the teaching I heard last Sunday week at a local church in Sunnyvale, California while staying with our son James and his family. Babysitting two little boys doesn't give a lot of time for theological reflection but I figure I can paraphrase Pastor C's sermon, and make a few personal comments along the way. I like the sermons at this church, which I visit once or twice a year, because they are meaty, but probably 50 - 60 minutes would be too heavy a meal if I was getting that every week! The current series is called Helping the Hurting , and seems to be a very sensitive way to handle some tricky issues - doubt, debt, divorce and depression - by seeing them as concerns that occur in our wider community, while acknowledging they will affect some of us personally. Such an arms-length discussion softens the effect of addressing what could be quite a thorny topic, especially in the case of this week's theme - Divorce. I have only